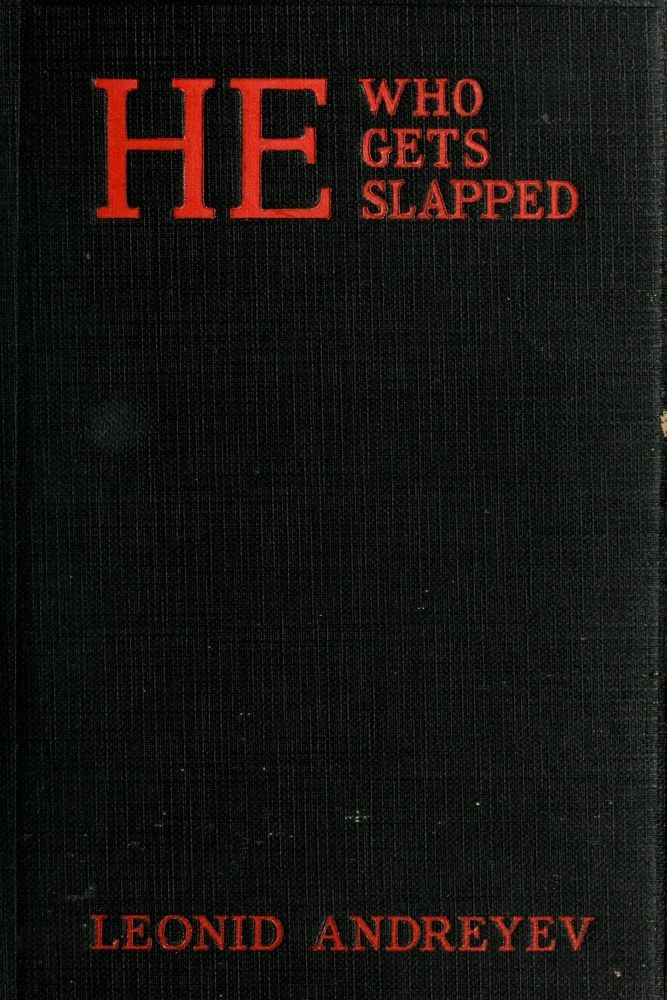 He Who Gets Slapped: A Play in Four Acts

Paul Beaumont is a scientist who labored for years alone to prove his radical theories on the origin of mankind. Baron Regnard becomes his patron, enabling him to do research while living in his mansion. One day, Beaumont announces to his beloved wife Marie and the baron that he has proved all his theories and is ready to present them before the Academy of the Sciences. He leaves the arrangements to the baron. However, after Beaumont goes to sleep, Marie steals his key, opens the safe containing his papers, and gives them to the baron. It is clear that Marie and the baron are lovers. On the appointed day, Paul travels to the Academy with the baron. He is aghast when the baron, instead of introducing him, takes credit for Paul's work himself. After he recovers from the shock, Paul confronts him in front of everyone, but the baron tells them that Paul is merely his assistant and slaps him. All of the academicians laugh at his humiliation. Paul later seeks comfort from his wife, but she brazenly admits she and the baron are having an affair and calls him a clown. Paul leaves them. Five years pass by. Paul is now a clown calling himself "He who gets slapped", the star attraction of a small circus near Paris. His act consists of him getting slapped every evening by other clowns. - Wikipedia.

All Books by Leonid Andreyev