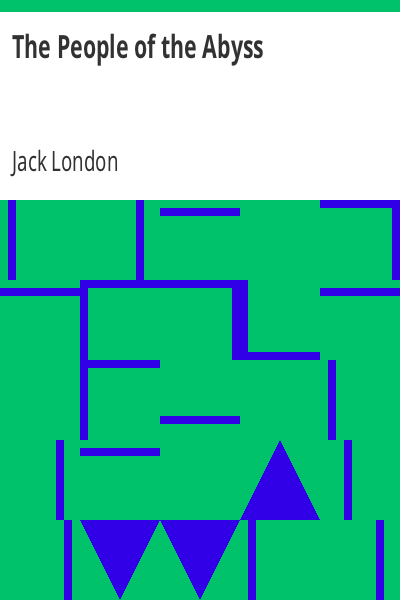 The People of the Abyss

The People of the Abyss (1903) is a book by Jack London about life in the East End of London in 1902. He wrote this first-hand account after living in the East End (including the Whitechapel District) for several months, sometimes staying in workhouses or sleeping on the streets. The conditions he experienced and wrote about were the same as those endured by an estimated 500,000 of the contemporary London poor. From Wikipedia (CC BY-SA).